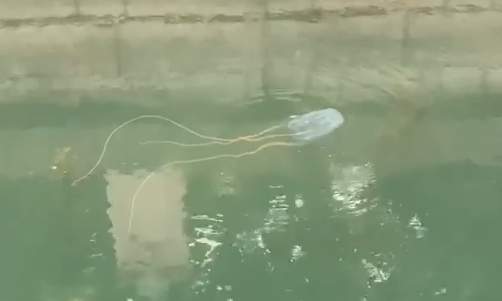 Social distancing takes to the sea with Singapore's popular playground island of Sentosa shocked by the sight of a large box jellyfish in its midst on 3 July, 2020.
Furthermore, Singapore's shock gets worse with reports of several stings.
Marine Stewards posted a video to Facebook of a large single-tentacle cubozoan at ONE15 Marina and word soon spread on social media warning people to stay out of the water.
WATCH THE SENTOSA BOX JELLYFISH VIDEO
The video shows the unsociable box jellyfish swimming solo on the water's surface with three long tentacles draping behind it - one seems to have gone missing in action. The appearance is that of a Morbakka, and it is certainly one to avoid.
While a multi-tentacle box jellyfish or Chirodropid (specifically Chironex species, as pictured atop of our home page) is considered the world's most venomous animal and is responsible for dozens of deaths annually throughout South-East Asia, the Morbakka is in the scientific order of Carybdeid with its four tentacles that can cause unimaginable pain, Irukandji Syndrome and heart failure.
WATCH MORBAKKA BOX JELLYFISH VIDEO
Many comments and questions online have wondered why this box jellyfish is at Sentosa as it seems sightings are rare or non-existent. Some have suggested the South-West Monsoon or global warming though the reason is not immediately clear.
This is not the first sighting of a box jellyfish at Sentosa and numerous sightings since March, 2020 have occurred at East Coast Park, Tuas and Lazarus Island.
National University of Singapore (NUS) scientists published a report on 31 January, 2018 that identified the presence of Morbakka at Sentosa and Tanah Mera. And it's no great surprise as nearby Indonesian islands including Bintan have also documented the presence of box jellyfish at some beaches.

The Straits Times also reported (21 July, 2020) of box jellyfish stings to several individuals in the area. An Australian woman working in Singapore was stung in March, 2020 with images of the wounds and symptoms experienced clearly caused by the sting of a Morbakka box jellyfish, while a 4-year old girl was more recently stung at Palawan Beach.
READ THE STRAITS TIMES ARTICLE IN FULL 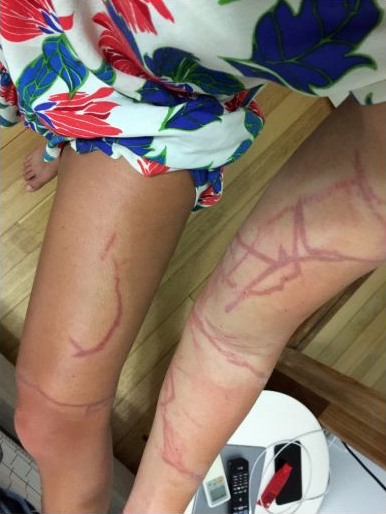 Having endured months of heavy COVID-19 restrictions, Phase Two of Singapore's reopening allows for beach activities and with this sighting, stings and subsequent warnings to stay out of the water for two weeks, locals must be asking, "What's next?".
Singapore's National Parks Board (NPark) and NUS are apparently investigating with the latter sampling Sentosa's surroundings for specimens. Warning sings have been erected. A similar sighting in Australia would see the beach closed for a day or two, but it seems Singapore's authorities are being extra cautious as the population looks to shake off the shackles of coronavirus restrictions and cool down at their favorite beach. 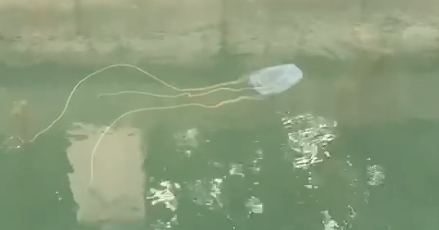 The advice as always is to be vigilant, carry a bottle of vinegar in case of a sting and if possible wear a protective lycra suit if heading into the water.
Further Reading:
Images and video courtesy of Marine Stewards, The Straits Times/Jade Dyson, CORESea.
Email Post

How Safe Is Samui? - July 2021 Update Including Koh Phangan