'Attack of the Killer Jellyfish!' screams the The Star newspaper's headline (27 February 2019). Malaysia's online news digest is as usual on another planet with this claim, but the story itself suggests that the world may soon welcome a new addition to the infamous Chironex family.

Chironex is a genus of box jellyfish that commands an imperious position at the top of the tree. There are at least 51 known species of box jellyfish, most small and harmless, but Chironex is king with its large size, deadly venom and ability to see, swim and strike fear into the hearts of unsuspecting swimmers.


There are currently three known species of Chironex that range in Indo-Pacific waters between southern Japan and northern Australia. Chironex fleckeri inhabits Australian coastal areas, Chironex yamaguchii calls Japan and the Philippines home, while Chironex indrasksajiae is the newest member discovered in the Gulf of Thailand.


Serious box jellyfish stings and human fatalities have been reported in a number of other countries in the region including Malaysia, Cambodia and Indonesia but the culprits have yet to be formally identified.

If The Star's story is anything to go by, and let's face it it probably isn't, Sabah on the island of Borneo's northern tip may soon announce a new discovery and addition to our toxic trio.

Absolute tragedy for a family at Mengkabar Beach, Kota Belud on Sabah with the death of their 7-year old child from a box jellyfish sting on 24 December 2019. This time of year in the past has seen serious stings including fatalities in this region.
Furthermore, mother and child tourists hospitalised after serious box jellyfish stings a few weeks later at Tanjung Aru, Kota Kinabalu.
Then, in January and February, more serious stings to children on the east and west coasts - stay. out. of. the. water!

The Star has however quoted a reliable source in the form of UMS scientist Assoc Prof Dr B A Venmathi Maran that brings credibility to the claim. And reportedly the Borneo Marine Research Institute in University Malaysia Sabah (UMS) is currently undertaking a molecular study and DNA testing of box jellyfish samples taken off the coast of Kota Kinabalu.

Dr Maran and UMS seem confident they may well bring a new big brother into the box jellyfish world. While this could be viewed as bad news, it is actually good. The more we know, the better we can prepare.

Scientific study and species identification is the only way to fully understand what's out there, what they're capable of and how to deal with them. 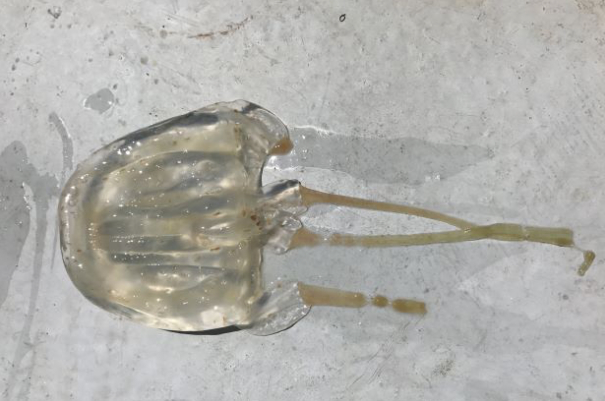 Yes it sounds a bit like preparing for war against evil aliens, know thy enemy, but the Chironex clan isn't planning an attack. They're out there just doing what comes naturally while we step deeper and deeper into their fishing territory. Any so-called 'attack' is actually an accident.

Discoveries like this potential new species could shed light on a complex animal that's known to cause serious harm to humans.

Instead of expecting the unexpected every time we take a dip at a tropical beach on Koh Samui or Kota Kinabalu, science can provide answers and solutions that help authorities, tourism operators, hospitals and individuals effectively deal with any possible problems.

Read The Full Story In The Star:


Dr Maran and UMS are no doubt consulting with the world's best in Chironex expertise to properly identify this potential new bundle of jelly.

The world may not be waiting for an announcement with breathless Harry and Meghan's new royal baby hysteria, but if Sabah is made safer with detailed knowledge of a local Chironex then the wait, along with some shoddy headlines, will be worth it. 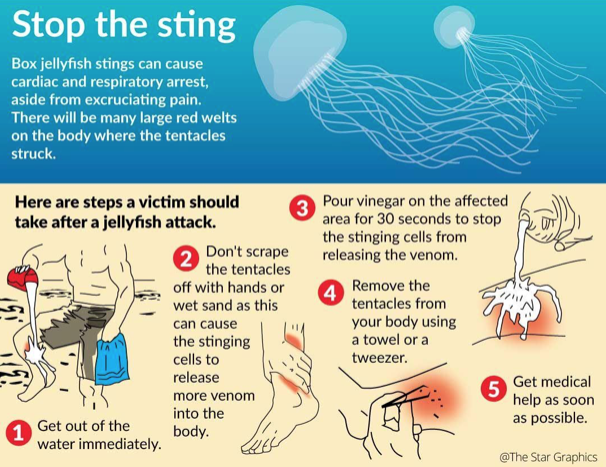