Stinging and stabbing sea creatures are equally prevalent and dangerous in South-East Asia as they are in Australia. From Fairfax's Sydney Morning Herald, the following article was published in Australia on 28 December 2018:

Around Australia, stingrays ripple through our oceans gracefully – but make no mistake, they carry protection wherever they go. On top of their tails are serrated barbs smeared in venom.


Meanwhile, delicate box jellyfish jet through our warm seas, toothless and clawless and trailing an arsenal of 60 billion toxic stinging cells. If a human is brushed by two metres of tentacle, their heart can stop within minutes.
Of course, none of these creatures is looking for trouble. In fact, there's not one venomous animal in the world that preys on humans, says expert toxicologist Jamie Seymour, who has been stung by Irukandji jellyfish 11 times. Any sting, bite or jab – while potentially life-threatening – is inflicted only in self-defence.
“The pain is worse than you can imagine,” says Associate Professor Seymour cheerfully. “It's 14 out of 10.”
The animals' message to predators such as us is clear: stand on me or invade my space and I will put you in a world of agony.
Here are four tales of Australians who have encountered poisonous marine life and lived to tell the tale.

The Box Jellyfish: "You go far off the beaten track looking for paradise; but we were stuck there. And it could have turned out much worse."

The Irukandji: "I spent five days in a coma while they tried to keep the fluid from my lungs and my heart functioning long enough for the poison to go."

The Stingray: "I felt this pain in the back of my ankle and my first reaction was, ‘I think something bit me’. We went back up to shore and I realised there was a cut on the outside [of my leg] and also one on the inside – so whatever it was had gone in on the outside, come out on the other side of my Achilles tendon, and pulled back out again."

The Cobbler Fish: "I spent the next 48 hours being given morphine and pethidine. I was hallucinating. As soon as the pethidine began to drop off, my body would return to freezing and fire. It was hell on Earth." 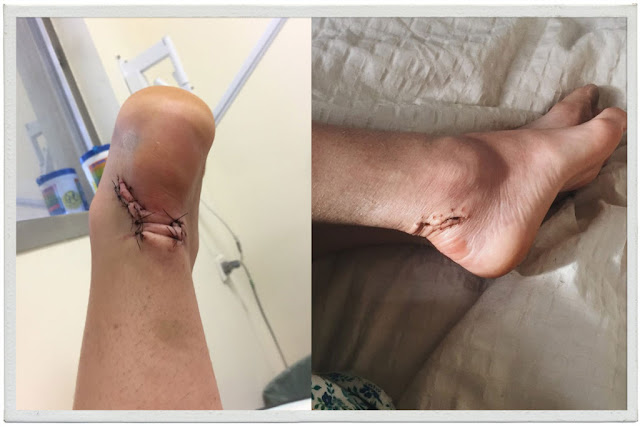 How Safe Is Samui? - May 2021 Update Including Koh Phangan