Is the Tide Officially Turning in Malaysia? 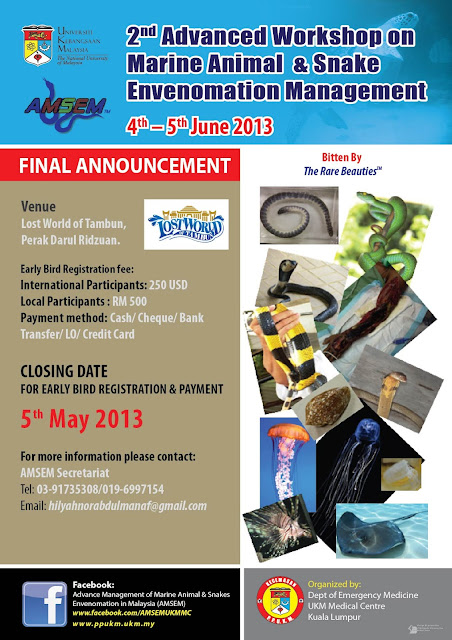 Very encouraging news out of Malaysia who for years has failed to fully and effectively engage with reality regarding its box jellyfish problem.

The Department of Emergency Medicine at the Universiti Kebangsaan Malaysia's Medical Centre in Kuala Lumpar has organized a workshop that will discuss and examine box jellyfish as part of marine animal envenomation management.

This is an exciting first step in 'getting serious' and acknowledging from within that Malaysia has a problem with box jellyfish and it needs to be addressed.

The extent of the problem in Malaysia is unknown - the last box jellyfish fatality we are aware of was sadly that of a 4 year old girl on the coast of Sabah in early 2012. This unexpected initiative will hopefully reveal more of what is really going on and kick start the process of official safety and awareness action. 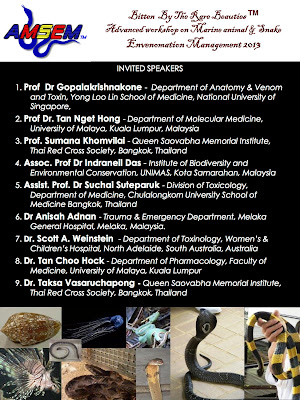 An unprecedented knowledge and networking opportunity; a stellar list of expert speakers from Malaysia, Thailand, Singapore and Australia will gather in Tambun, Malaysia on the 4-5th June, 2013 to discuss the issues relating to the lethal venom of box jellyfish and the latest information on how the world responds to stings - identification, prevention and treatment.

Hopefully the fact that the workshop is being held in a theme park called the 'Lost World of Tambun' is not some sort of omen that condemns any gains from the workshop to the Malaysian government's bureaucratic black hole, but instead reveals the riches of communication, knowledge and transparency so that everything is followed up with full official support - including a healthy budget and commitment of resources - to make Malaysian waters safer for all, sooner rather than later.


Postscript: over one year later the answer to the question posed by this headline is NO! See this link for the latest: 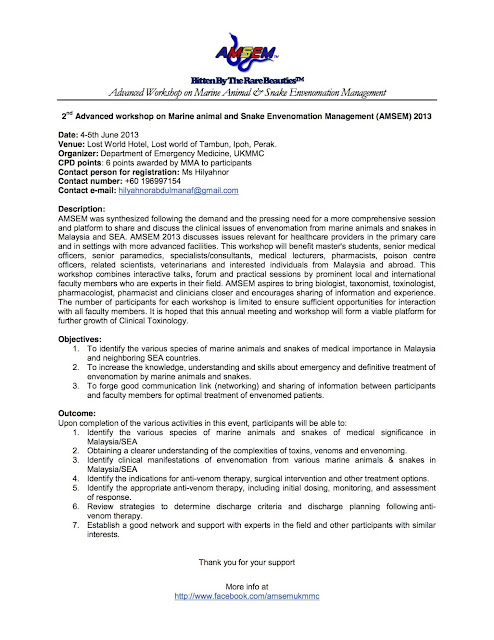