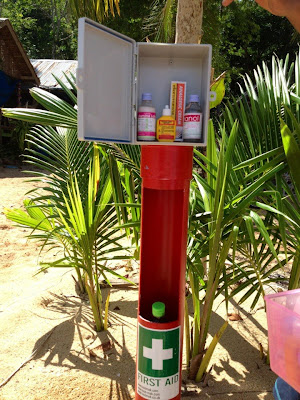 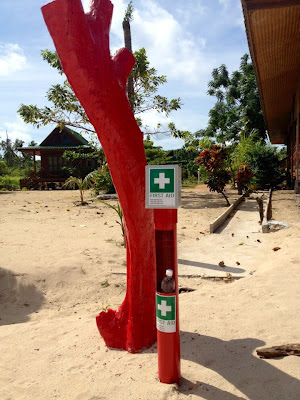 Thanks to 'Thailandboxjellyfish: Facts about Box Jellyfish in Thailand & Malaysia' for this story that sums up the significant developments on Koh Mak because it is written from such a personal perspective. Congratulations to all on Koh Mak for taking this issue seriously and actually doing something about it. Doing something positive for all water users, tourists and locals, that will ultimately improve tourism numbers and save lives. This little island is also displaying a big heart in its approach to visitor welfare, it is actually taking responsibility and a duty of care in numerous areas including environmental and ecological improvements, health and safety initiatives and outstanding public/tourist relations. Some of these images below tell much of the story but we will post more in the near the future. This is great stuff and hopefully some of the bigger resort areas and islands in Thailand will take note and follow suit.

Four and a half years ago my son was stung by a box jellyfish on a beautiful deserted beach on one of Thailand’s little jewels, Koh Mak. Expert medical and scientific opinion in Australia said that he should have been killed by massive envenomation; myself and his mother should have been grieving the loss of our little boy. Instead, he miraculously survived, we count our blessings, then a few months later a different family was gripped by the tragic death of their young daughter on Koh Lanta. Stung and killed by a box jellyfish while they were on holiday.

At the time, most denied the existence of box jellyfish. It’s all on record in online media and forums; ‘never seen a box jellyfish so they do not exist’, ‘never heard of them here’, ‘maybe must swim up from Australia and attack Thailand’ etc etc. Everyone was an ‘expert’. Few were right. 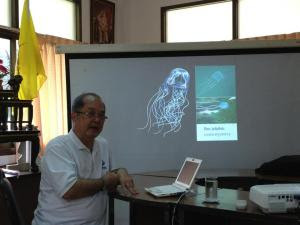 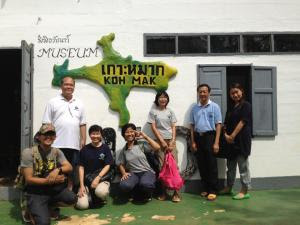 Thankfully, the real experts paid attention and now there is undisputed scientific and medical proof that lethal box jellyfish live in the waters of Thailand and throughout the Indo-Pacific region. Specifically where is still not clear. The experts have been trying to make changes, Thai officials have been actively doing the same even though they are hamstrung by lack of funds. A lot of effort has been made behind the scenes. It is a huge job. It moves very slowly, sometimes frustratingly so.
Koh Mak as reported here is a little island with a big attitude and its heart is in the right place. This is not to say that other islands do not care, though it is Koh Mak that is leading the way in Thailand with their response to box jellyfish stings, the concerns of visitors and government officials and the future of tourism on the island. Samui, Pha Ngan, Chang and Samet to name a few have done absolutely nothing – though marine biology centres in their regions have done some investigations and some private individuals particularly on Koh Samui have tried as best they can though have been drowned out by the stoney silence of the island’s decision makers. Phuket has to a certain degree demonstrated interest but, again, nothing has been done.
I have advocated the use of lycra body suits and vinegar on the beaches for over 4 years now and while many changes are occurring at an official level, little seemed to be changing on the frontline, on the beaches where the stings are happening and proper prevention and treatment is critical. 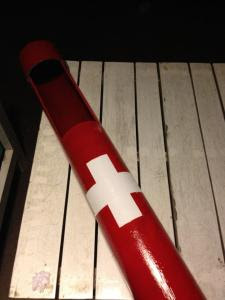 The deserted beaches of Koh Mak remain peaceful and tranquil but popping up around the swaying palms are red poles with a white cross that can and will save great pain and precious human life. These are vinegar stations. They stand in strategic, discreet positions providing easy access to vinegar in case of an emergency in a place where box jellyfish are known to inhabit.
Immediately pour the vinegar on any jellyfish sting (30 seconds) and save valuable time neutralising the stinging jellyfish tentacles – remembering that box jellyfish stings can kill in minutes. Dare I say, if these poles were around years ago, lives would have been saved.
It has taken a long time but this is a significant step in changing a mind-set, acknowledging that there is a problem and accepting that something practical must be done to provide all water users with a duty of care. The Australian experience demonstrates that visitors want to know what the risks are and are encouraged when made aware that their safety is being seriously considered, not compromised. It provides peace of mind so that they can enjoy themselves. We are surrounded by risks, it is the unknown that can be the most frightening, if we know we will be looked after in case something happens we feel empowered, at ease. 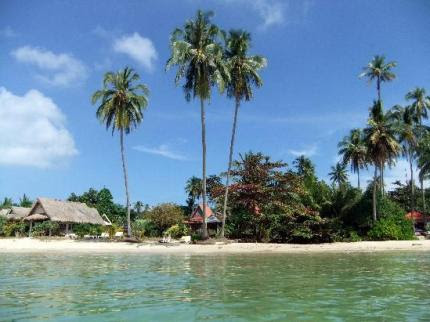 Koh Mak it seems is the first in Thailand and perhaps the entire region to install vinegar stations for the safety of their guests and locals alike. They also have a net as previously reported. The team at kohmak.com led by Khun Ball are to be congratulated for taking the initiative and being proactive in their pursuit of safety in a country where many could not care less, where many are only concerned about profit. Koh Mak is concerned about the future and with this approach will win the hearts and minds of holiday-makers seeking a degree of safety when in paradise.
Hopefully the rest of Thailand will follow this little leader sooner rather than later and a family somewhere will not have to go through hell losing a loved one before this initiative is embraced by the wider Thai tourism industry.
Following are photographs courtesy of kohmak.com that illustrate this wonderful effort: 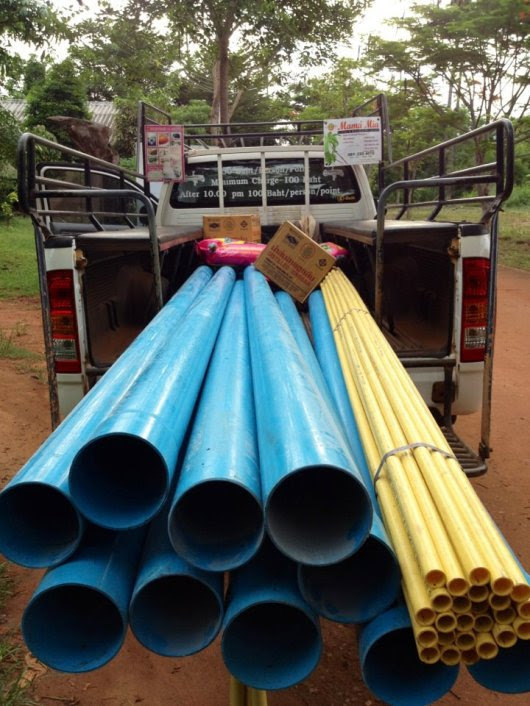 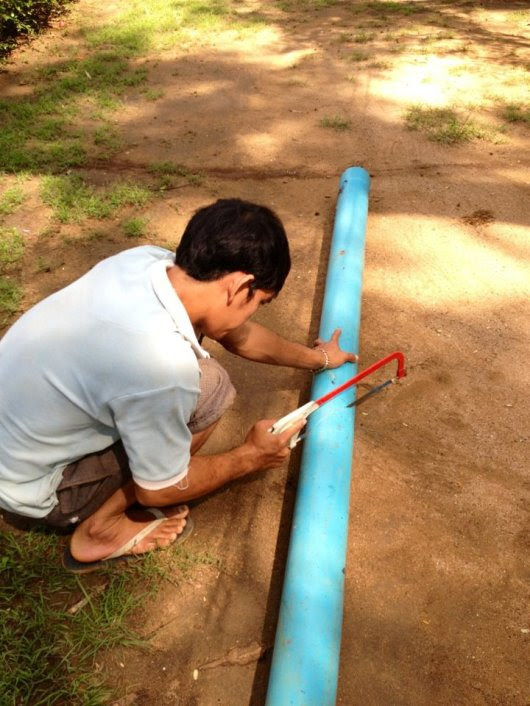 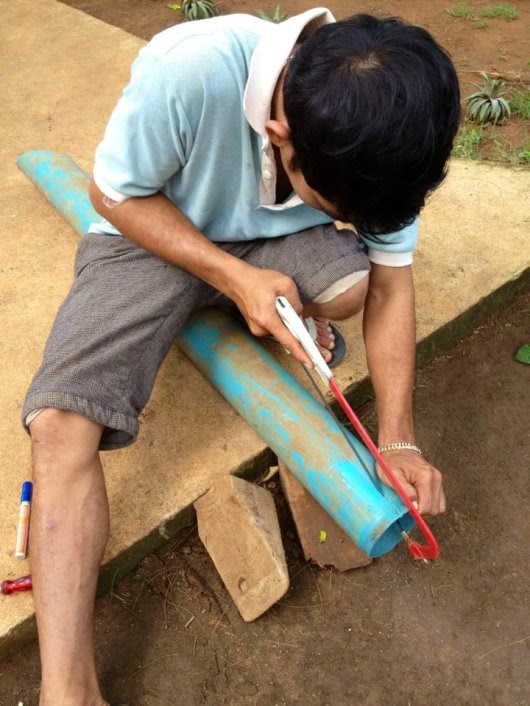 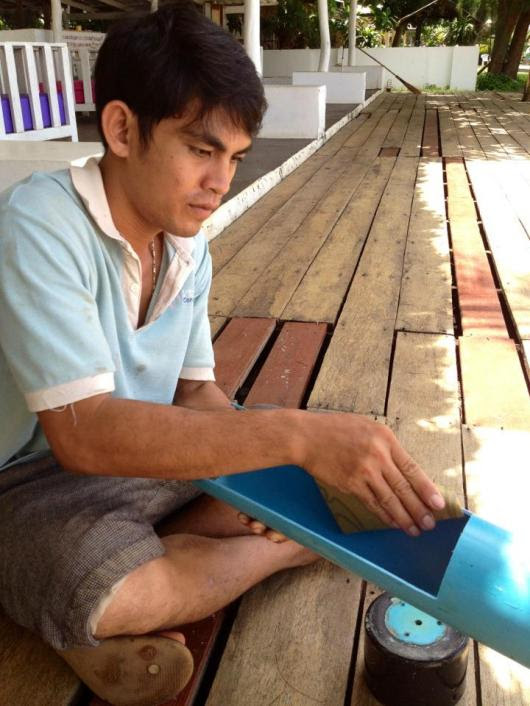 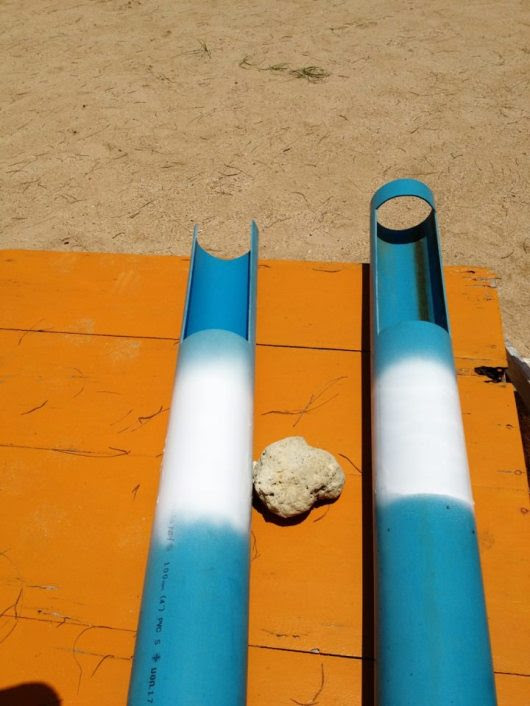 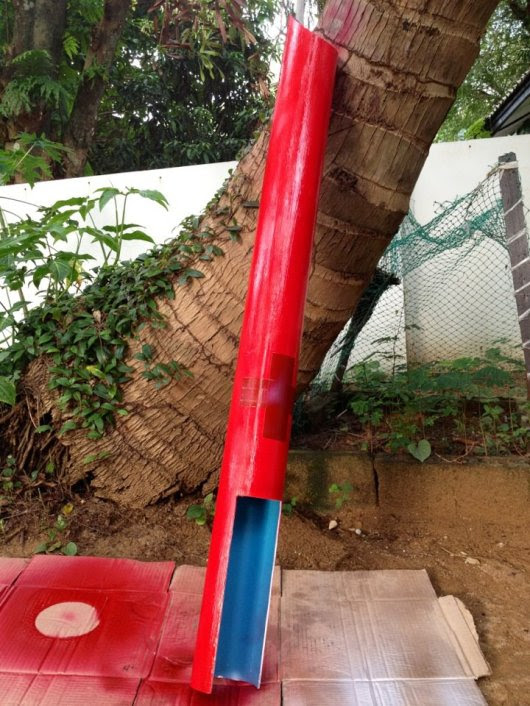 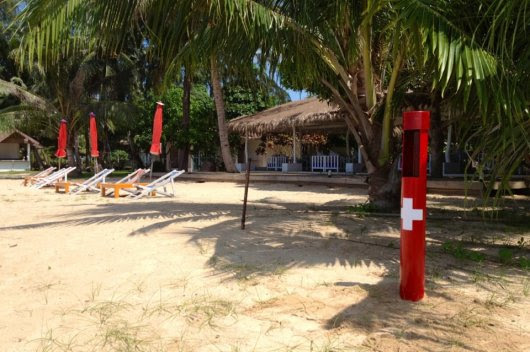 How Safe Is Samui? - April 2020 Update Including Koh Phangan