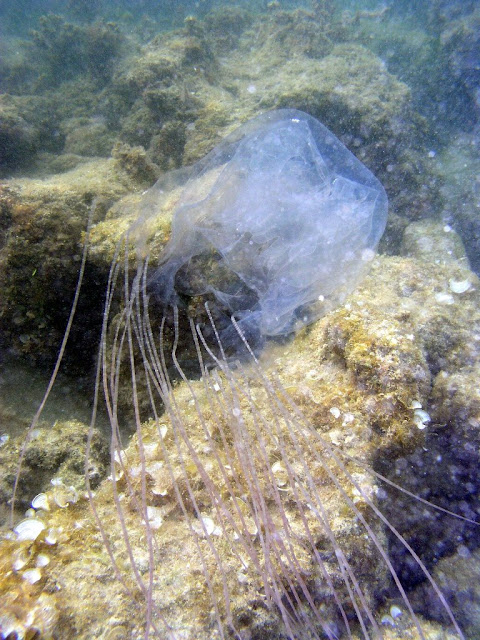 A few hundred metres off the shore of Klong Dao beach on Koh Lanta, a hardened old fisherman pulled in the prawn net that had drifted behind his long-tail boat for 20 minutes. There were no prawns but there were plenty of transparent jellyfish about the size of an adult fist.

The fisherman carefully pulled them from the net holding the bell or head and pointed to the tentacles, indicating with his finger a cut across the skin and severe pain.

It was hard to believe that these small, unremarkable jellyfish could deliver such devastating effects to human life.

The truth is they didn't just appear, washed up with the current or from a ship's balast, it is understood that they have been in Thai waters for a very very long time.

Sometimes if you don't know what to look for, or if you aren't looking in the first place, or perhaps just don't want to look, you won't see anything. 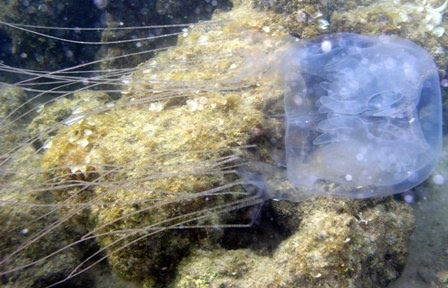 As you can see from the pictures, Chironex-type Box Jellyfish are more or less transparent and very difficult to see particularly if the water is somewhat murky.

They swim very quickly, as quick as the average human, and possess a primitive form of vision that senses light and shade and enables them to manoeuvre around rocks, coral and human legs - they prefer not to make contact as this potentially damages tentacles - all they want is a little fish or prawn.

Keep an eye out when you're in the water as one may well be looking back at you. If you do happen to see one steer clear as it will attempt to do if it has time and make sure you email me with the whereabouts!

How Safe Is Samui? - April 2020 Update Including Koh Phangan